This focused issue on “Oligometastatic NSCLC: definition and treatment opportunities” is edited by Drs. Maurizio V. Infante and Thierry Berghmans.

Teaching Experiences: In 2013, Dr. Infante was adjunct professor of the International Medical School, the first English-Language medical school in Italy, in the Humanitas Hospital; since 2017, Adjunct Professor of the University of Verona Medical School—Cardiothoracic Department.

Formerly Scientific Advisor of the Italian VATS-group, promoting major lung resection by VATS for lung cancer in Italy (www.vatsgroup.it). Member of The IASLC staging and Prognostic Factors Committee as of 2018 Member of the Italian Association of Medical Oncology Lung Cancer Screening advisory board. As of January 2019, Dr. Infante has authored or co-authored 56 peer-reviewed publications on international scientific journals (1683 citations on Scopus). He was the Principal Investigator or the DANTE trial, a randomized study of LDCT screening for lung cancer.

Thierry Berghmans is Doctor in Medicine since 1990 at the Université Libre de Bruxelles (ULB). He obtained his recognition in Internal Medicine in 1995 and was further recognised in Medical Oncology and obtained his PhD in medical science in 2008. Currently, he is Head of the Thoracic Oncology Clinic at the Institut Jules Bordet, Brussels, Belgium. He is Professor of Evidence—based Medicine at the ULB.

He is author or co-author of more than 180 original articles in peer-reviewed journals and 15 books’ chapters. He is secretary—treasurer of the European Lung Cancer Working Party and treasurer of the EORTC Lung Cancer Group. He is coordinator of cooperative academic trials as well as systematic reviews, meta-analyses and guidelines on different subjects (therapeutics, quality indicators…) in thoracic oncology, and worked as expert at consensus conferences on mesothelioma. He is reviewer of scientific journals and is Editor-in-Chief of a French language journal as well as associate editor of two “lung” journals. He is member of various international scientific societies.

Disclosure:
The focused issue “Oligometastatic NSCLC: definition and treatment opportunities” was commissioned by the Editorial office, Translational Lung Cancer Research without any sponsorship or funding. Maurizio V. Infante and Thierry Berghmans served as the unpaid Guest Editors for the focused issue. 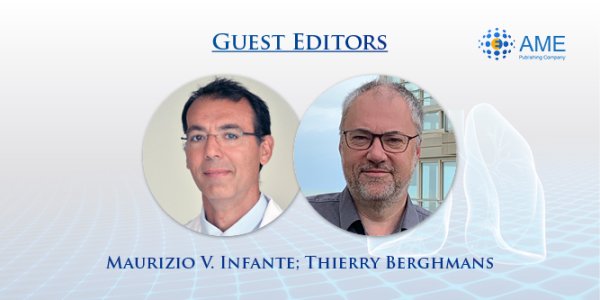