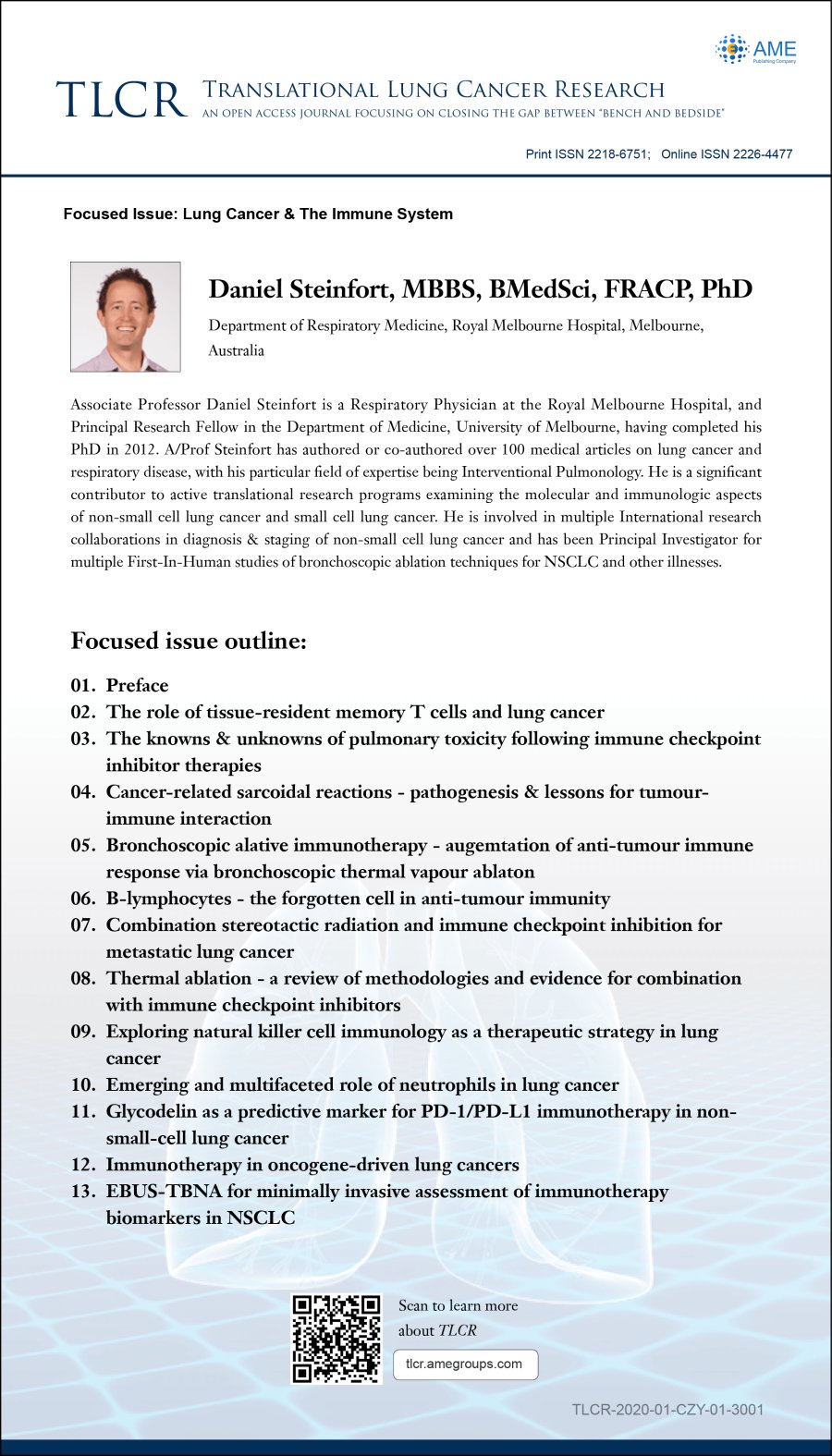 This focused issue on “Lung Cancer and The Immune System” is edited by Dr. Daniel Steinfort.

Associate Professor Daniel Steinfort is a Respiratory Physician at the Royal Melbourne Hospital, and Principal Research Fellow in the Department of Medicine, University of Melbourne, having completed his PhD in 2012. A/Prof Steinfort has authored or co-authored over 100 medical articles on lung cancer and respiratory disease, with his particular field of expertise being Interventional Pulmonology. He is a significant contributor to active translational research programs examining the molecular and immunologic aspects of non-small cell lung cancer and small cell lung cancer. He is involved in multiple International research collaborations in diagnosis & staging of non-small cell lung cancer and has been Principal Investigator for multiple First-In-Human studies of bronchoscopic ablation techniques for NSCLC and other illnesses.

Disclosure:
The focused issue “Lung Cancer and The Immune System” was commissioned by the Editorial office, Translational Lung Cancer Research without any sponsorship or funding. Daniel Steinfort served as the unpaid Guest Editor for the focused issue. 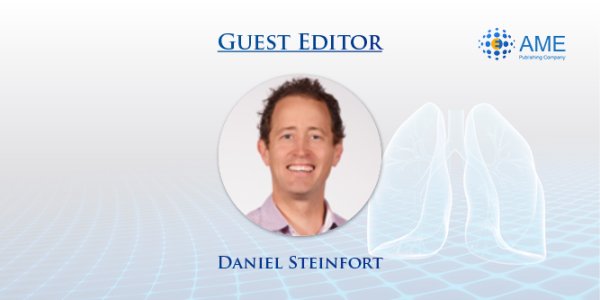