Further results of the FRAGMATIC trial of thromboprophylaxis in lung cancer

The FRAGMATIC trial was a multi-centre, open-label study comparing the addition of a primary prophylactic daily dose of the low molecular weight heparin (LMWH), dalteparin, for 24 weeks to standard treatment in newly diagnosed lung cancer patients of any stage or histology (1). Its results were recently published and show that 24 weeks of daily thromboprophylactic dalteparin does not have a significant effect on overall survival at one year of newly diagnosed lung cancer patients. The entry criteria of the trial were wide and included patients with both small cell (SCLC) and non-small cell lung cancer (NSCLC) of any stage, receiving any treatment. A priori sub-group analyses were carried out and showed that there was unlikely to be a significant survival benefit for any of the following subgroups: sex, age, BMI, histological subtype or advanced stage. Of particular interest were the results for patients with SCLC because two small RCTs (2,3) had previously suggested that there might indeed be a survival benefit for these patients especially for those with limited disease. These results together with post hoc analyses of RCTs in other tumour types had raised the intriguing possibility that low molecular weight heparins might, in addition to having an antithrombotic effect, inhibit the development and progression of systemic metastases.

We now present Kaplan Meier curves together with Log-rank tests; univariable and multi-variable Cox Proportional Hazard models for the subgroups of patients with NSCLC and SCLC (Figures 1, 2). As might be anticipated from the hazard ratios (HRs) previously presented, these show no significant difference in overall survival between those receiving dalteparin and standard care alone. On these data, there was no evidence of a survival benefit for those with limited disease SCLC (Log Rank for extensive disease P=0.72, Log Rank for limited disease P=0.82). 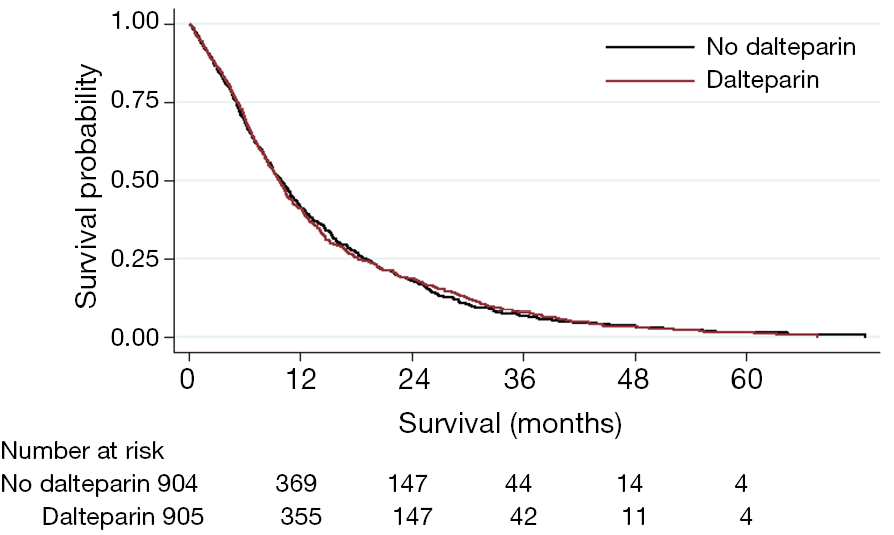 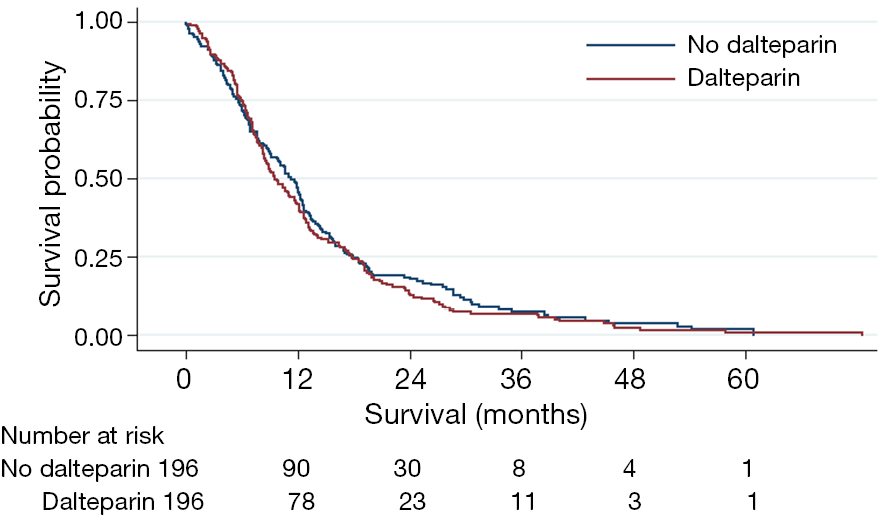 These findings should be viewed with caution as they are post hoc analyses, since they were in addition to the published FRAGMATIC statistical analysis plan, and the trial was not powered to detect any differences in these subgroups. However, it appears unlikely that heparin thromboprophylaxis in a broad population of patients with either SCLC or NSCLC provides a clinically significant improvement in overall survival.

Although no survival difference was seen from the addition of dalteparin, there was a significant reduction in the incidence of radiologically confirmed venous thromboembolism (VTE) in both tumour types for those patients randomised to dalteparin (Figures 3 and 4). However, this was at the expense of an increase in clinically relevant non-major haemorrhage, thereby making routine thromboprophylaxis difficult to justify. Interestingly, of 910 lung cancer patients receiving chemotherapy and no dalteparin, 108 (11.9%) developed VTE, although the Khorana score had a limited utility in identifying those at greatest risk (4). 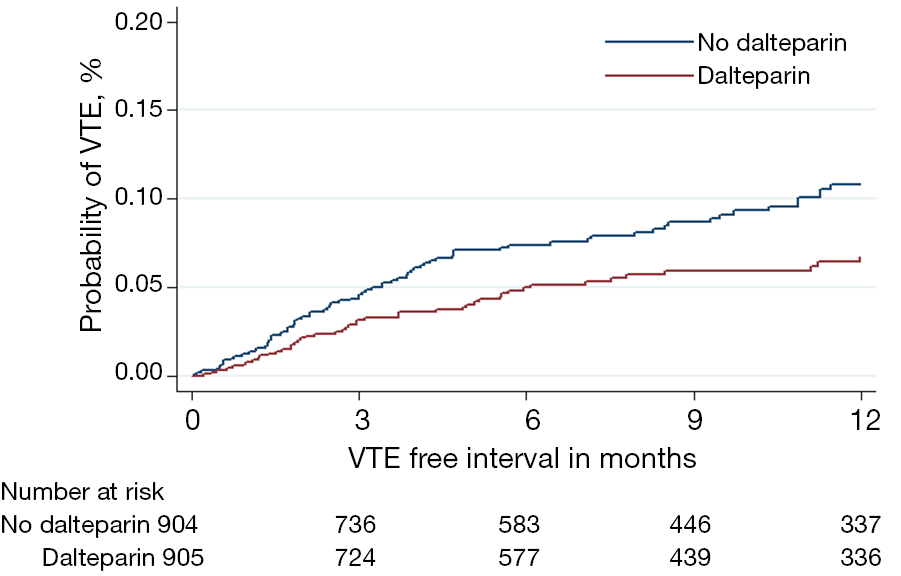 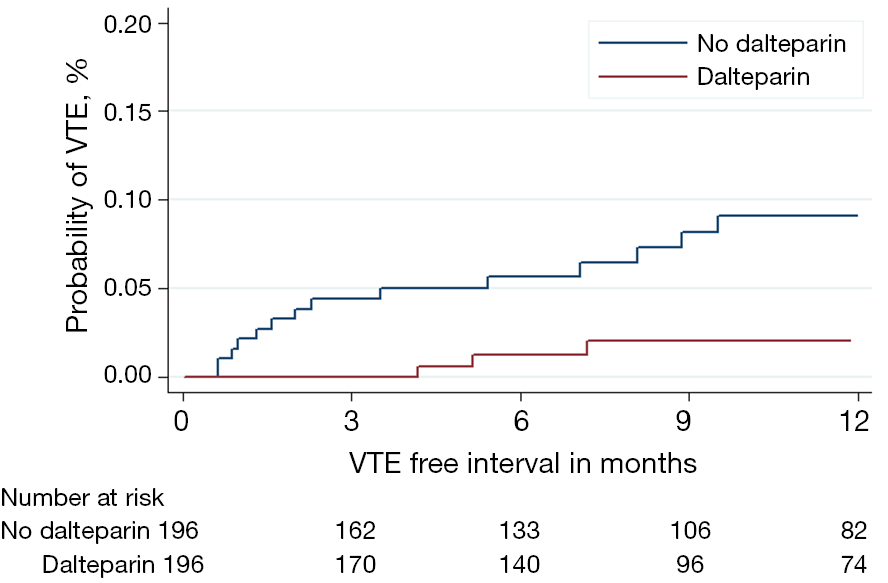 We therefore plan to investigate our large dataset of over 2,000 patients to see if we can identify through multi-variable predictive modelling which lung cancer patients should be targeted for thromboprophylaxis.

The authors would like to acknowledge all the staff and patients in the participating centers and the staff of the Wales Cancer Trials Unit involved in the recording and analysis of the trial data.