Dr. David Ross Camidge is the Director of Thoracic Oncology at the University of Colorado. His focus is in Thoracic Malignancies and Developmental Therapeutics (phase I studies). In 2012, he was announced as the recipient of the 5th Bonnie J. Addario Lectureship as a ‘Luminary in the quest to eradicate lung cancer.’ In 2013, he became the first physician to receive the Hank Baskett Sr. Spirit Award, for which he was credited as being ‘one of the leading minds in lung cancer today.’ In 2015, he became the inaugural holder of the Joyce Zeff Chair in Lung Cancer Research at the University of Colorado Cancer Center and in 2016, the Lung Cancer Foundation presented him with the Breath Away from the Cure Award describing him as ‘Simply one of the best in treating lung cancer today.’ 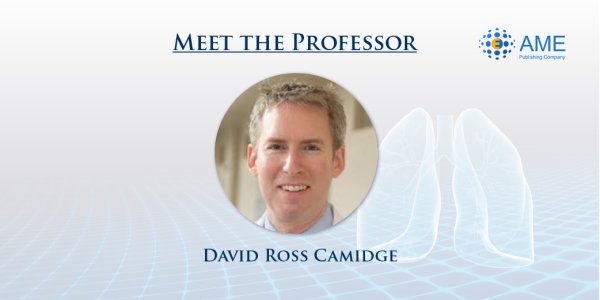